CBGA is known as the “mother of all cannabinoids” as it is the foundational acidic cannabinoid crucial to the formation of other cannabinoids, including THCA and CBDA. Through decarboxylation, a process where cannabinoids are exposed to heat, CBGA is converted to CBG. However, CBGA has shown great therapeutic potential on its own having some cultivators use selective breeding to produce higher concentrations of CBGA. 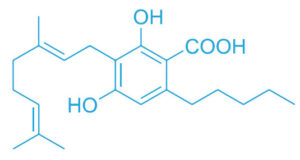 While there is less research on CBGA compared to other cannabinoids, research has shown CBGA may play a role in helping with an array of conditions. Most cannabinoids bind directly with CB1 or CB2 receptors. CBGA like CBDA does not. Instead, CBGA has important off target effects such as activating PPARs. CBGA acts as a dual PPARa/y agonist with the ability to modulate the lipid metabolism, emerging in research as a possible therapeutic option for those with metabolic disorders including diabetes.

CBGA can also inhibit the enzyme aldose reductase, a key enzyme involved in diabetic complications including cardiovascular, eye, and nerve damage, as well as the progression of neuropathy. The current pharmaceutical options can come with many unwanted side effects therefore plant derived CBGA offers a promising alternative to these inhibitors. CBGA may also be beneficial in treating some types of cancer. Studies have demonstrated CBGA has cytotoxic activity against colon cancer cells, while also preventing the growth of colon polyps. 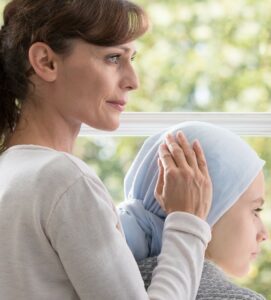 In 2022 Oregon State University published a study where CBGA demonstrated the ability to prevent the virus that causes COVID-19 from entering human cells by binding to the spike protein, thus blocking cellular entry of SARS-Cov-2. This type of interaction, where a drug prevents the binding of the virus to a receptor, has helped patients with both HIV and hepatitis as well. CBGA may be a minor cannabinoid, but current and upcoming research shows it can be used in major ways.